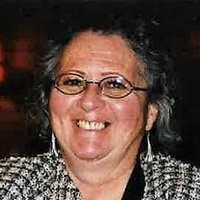 Shannon McKelvy Christenson of Rye, CO passed away peacefully, surrounded by family and friends and in the arms of her beloved Savior on March 21, 2018.

Shannon was born on April 15, 1943 in Denver, Colorado to Rex and Audrey (Bartlett) McKelvy. Shannon grew up in Denver, however, had family roots in Rye.  Her grandparents, Frank and Mabel (Meredith) Bartlett had moved from Rye to Denver. Shannon would accompany them on frequent trips to Rye to visit old friends, Tony and Beulah Christenson and their son Roy.

At the age of three, Shannon was taking ballet lesson. By the time she was 16, Shannon was dancing semi-professional for the Civic Center Ballet Company in Denver.  Shannon graduated from St. Mary’s Academy in 1961, after finishing a promised one year of college at Loretto Heights; at the age of 19 she left Denver for New York City.  Shannon was soon fulfilling her dream as a professional ballerina as a member of The Ballet Company at Radio City Music Hall.  Shannon danced in New York from 1962 – 1967.

Roy and Shannon had known each other since childhood.  Roy first knew Shannon as “a snot nosed little city girl”.  But as they grew older, those irritations became flirtations.  Her trips became more frequent to Rye and their relationship grew.  During the years that she lived in New York, Roy and Shannon kept in close contact and would see each other when she visited Colorado.  In April of 1967, at the request of Roy, Shannon moved home and on November 18, 1967 they were married.

On a ranch in Rye, she made a life with Roy. She became a ranch wife and a mother of three; Karon was born in 1972, Carolyn in 1975 and then came one last surprise, John in 1980.  In 1978, Roy and Shannon, hosted a high school boy through a program of the Farm Bureau Association.  John Fulton became part of the Christenson family, affectionately known as Big John, he is the fourth of their kids.

Shannon will always be remembered as a 4-H mom to many. Alongside her friend, Nancy Johnson, they shared the roll of General Club leader for 13 years.   She lead her 4-H kids like she did her own; teaching them to become self-sufficient to grow into tomorrow’s leaders.

Shannon was a member of the Rye Home United Methodist Church.  She was a woman of God, relentless in prayer, grounded by courage and strength, and generous in resources. She gave her time, her energy and her love to all in need.

Shannon is best described by her 13-year-old granddaughter, Katelynn “Patient, caring, understanding and devoted, all define the life this amazing lady lived.  She was the most amazing grandmother anybody could ever ask for and she will be remembered by everybody that ever had a chance to meet her.”

Memorial services celebrating Shannon’s life will be held on April 6, 2018 at 1 p.m. at the Rye Home United Methodist Church, Rye, CO.   A private interment will be held at a later date.

In lieu of flowers, memorial donations can be made in Shannon’s name to the Rye Home United Methodist Church or to St. Jude’s Children’s hospital.

To order memorial trees or send flowers to the family in memory of Shannon Christenson, please visit our flower store.