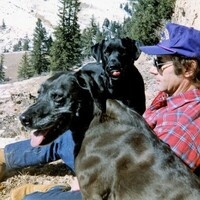 Cremation has taken place.   A memorial service will be held at a later date in Creede, Colorado.

Tha family wished to thank Center Care Hospice and Davis Mortuary for their care and kindness.

To order memorial trees or send flowers to the family in memory of Samuel "Greg" Gray, please visit our flower store.