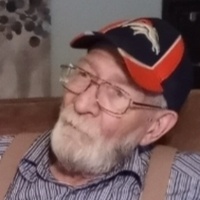 Bob enjoyed playing cribbage with family and friends, fishing with his brother and all the boys, as well as watching football, especially the Denver Broncos and the Nebraska Cornhuskers.   He was also a fan of the Colorado Rockies.  Bob loved to make people laugh and seemingly never met a stranger.

He was preceded in death by his parents; sister, Sharon Gosha; brother, Darrell Wright; sons, Chip and Michael; his granddaughter, Jill and his great grandson, Nicholas.   His survivors include his wife of 37 years, Lauri; sons, Robert (Alice), of Trenton, NE, Mark, of Denver, CO, David (Joni), of Trenton, NE, Bryan, Eric, Jeff and Bill, of Pueblo, CO and Chris (Heather), of Denver;  his siblings, Luanne (Jim) DeVoll, of Belleview, NE, Jerry (Shirley) Wright, of Lincoln, NE and Donna Cole, of Osceola, NE; 23 grandchildren, 20 great grandchildren; 6 great-great grandchildren as well as numerous nieces, nephews and other relatives.

Cremation has taken place.  A memorial gathering will be held from 11 am until 5 pm on Monday, October 4, 2021 in the Church of God in Trenton, Nebraska. Memorial services in Pueblo are pending and will be announced later.   Online condolences at DavisMortuary.com

To order memorial trees or send flowers to the family in memory of Robert James Wright, please visit our flower store.