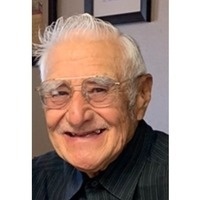 Richard Franklin Ayala, “Rico the Rock” 86 of Pueblo, passed away unexpectedly on November 28, 2021.  He ran his last race and crossed the finish line to heaven.

Richard was born January 30, 1935 in Pueblo. He was proud to be a veteran of the US Navy and his decades of service as a clerk at the US Post Office. He was a man devoted to his wife and family.  He was generous and loved to help others.  “Rico the Rock” was well known in Pueblo.  He could be found running along Pueblo Blvd, riding his bike along hwy 96 or supporting his grandchildren at sporting events.  He was famous for “Ricoisms” which are quotes he created to address life experiences.  He will always be “Never Better”. He will be missed by so many who had the privilege of knowing and loving him.

Visitation for Richard will be held on Friday, December 3, 2021 from 3 until 7 pm at the Davis Mortuary.  Celebration of Richard's  Life will be on Saturday, December 4, 2021 at 11:00 AM in the Davis Memorial Chapel.  Interment will follow at Roselawn Cemetery with Military Honors by the Pueblo Veterans Ritual Team.

In lieu of flowers, in honor of Laila and Sean’s miracles, donations may be made to Children’s Hospital Colorado.  Online Condolences at DavisMortuary.com

To order memorial trees or send flowers to the family in memory of Richard F. Ayala, please visit our flower store.