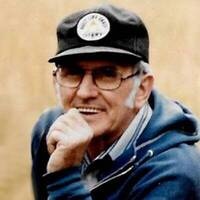 Raymond Stubert passed away July 31, 2020 in Pueblo, Colorado.  He was born on February 28, 1924 in Ellis, Kansas to Ludvina and John Stubert.  He grew up one of 17 children in a blended family.  Raymond was a veteran of the United States Marine Corps having served during WWII.  He loved working with his hands and was a jack of all trades.  He was employed as a butcher and then later worked in the dry cleaning business.  He enjoyed working on cars, metal detecting and working in his garden.  His one true love was ballroom dancing and was quite spectacular on the floor.

Raymond was preceded in death by his parents as well as his siblings.  His survivors include his children, Linda Horoshko, Karen Barnard, Glenn (Rita) Stubert, Connie (Kenny) Ortiz, Ronald Stubert and Luann (Jeff) Mercer; 10 grandchildren; 7 great grandchildren as well as numerous nieces, nephews and other relatives.

Mr. Stubert will be laid to rest following a private graveside service in the Pikes Peak National Cemetery with military honors provided by the Pueblo Veterans Ritual Team.

To order memorial trees or send flowers to the family in memory of Raymond Stubert, please visit our flower store.