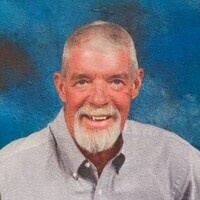 He was a 1967 graduate of Pueblo Centennial and a Veteran of the US Army.  Randy served two tours during Vietnam and received the Bronze Star.  He owned and operated Don Stewart & Son Drilling and the Waterman in Pueblo.  He loved his family and friends and had a deep Faith. He enjoyed Bible Study and SUDS Ministries at King of Kings Lutheran Church where he was a longtime member.  He loved classic cars  and the outdoors, especially hunting.

Randy was preceded in death by his parents; brother Bobby Don and sister Christy Anna.  His survivors include his loving wife of over 46 years, Diane; children, Evan (Vanessa) and Emily (Andrew); his brother-in-law, Ron (Vikki) Evans; nephews Seth Sullivan and Michael (Heidi) Evans; niece Kensley (Michael) Wigginton and several other relatives and friends.

Cremation has taken place.  A memorial service will be held at 11 AM on Friday, February 4, 2022 at King of Kings Lutheran Church with Military Honors by the Pueblo Veterans Ritual Team.

In lieu of food and flowers, contributions in memory of Randy are suggested to King of Kings Lutheran Church, 2561 Vinewood Lane Pueblo, Co  81005 or to PAWS For Life Animal Shelter, 800 N. Pueblo Blvd, Pueblo, Co  81003.

To order memorial trees or send flowers to the family in memory of Randy Stewart, please visit our flower store.