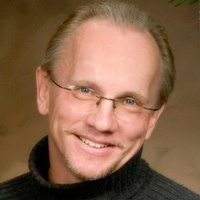 Phillip Al Nielson, born at 12:22 PM on Thursday, June 9, 1960 at Saint Mary Corwin Hospital in Pueblo, Colorado, passed away on Friday, November 29, 2018 in Pueblo, Colorado.  Phillip was preceded in death by his brother Joel Don Nielson; his father, Don Clarence Nielson; uncle, Joel Anderson; 2 other uncles Bob Shawcroft and Evan Crowther; Loraine Crawford and both sets of grandparents. Phillips was a happy baby, but shortly after he was born, we discovered that he had a mind of his own, and still did when he was called home. When Phillip was 3 years old, he began to walk with a limp.  When he was taken to the Doctoer, it took a couple of months for him to be diagnosed.  His diagnosis came back as softening of the bone in the right hip.  He was put in a body cast.  The cast on his right leg was down to the arch of his foot, up to his chest and the left leg was to his knee, with a stick to hold his legs apart.  He was in the cast for one year. He had to have the cast changed every three weeks.  The doctor did not want him to grow and have the right side smaller than the left.  Each time they changed the cast, he spent two days in the hospital.  Phillip’s condition was rather rare, it usually happened to male children between the ages of three and four.  Several people thought mom should change doctors, they felt that surgery would be the best thing to do.  Dr. Hamel told mom that if she would trust him, Phillip would not have a limp or anything.  The hip socket had to dissolve and a new socket had to grow.  Phillip’s older brother Donny would pull him around the neighborhood in a wagon, the kids were all good to him.  Phillip started kindergarten in a leg brace.  The brace was on his right leg.  The left shoe had to be built up six inches to accommodate the brace. With the brace on, he could run and play with the other kids in the neighborhood.  They played in the neighbor’s yard behind us.  They had the tree that was easy to climb, so this is where all of the kids would gather.  Pat, our neighbor, would call mom and tell her Phillip was climbing the tree.  I worried about it and mentioned it to the doctor.  The doctor told mom to tell the neighbor to pull her drapes down and not watch and to let him climb and have fun. The doctor said that he would have to wear the brace for two years.  We had his name put on the Prayer Roll at the Temple.  Two months later he had his brace taken off.  Phillip never had a limp. As a young boy Phillip talked all of the time. He had a favorite book called “Rattle, Rattle Truck”, so we would always call him Rattle, Rattle Phillip, but as a teenager he changed and was hard to get him to talk. Phillip earned all of his badges in Cub Scouts and received his Eagle Badge in Boy Scouts.  He became the Scout Master in the Pueblo Second Ward, of the Church of Jesus Christ of Latter0Day-Saints in 1982 and remained Scout Master for three years, when he had to leave because his work took him to Denver.  Phillip encouraged all four of the boys, that was in his scout troop, to become Eagle Scouts. After graduating from Pueblo South High School in 1979, Phillip went to Rick’s College in Rexburg, Idaho.  He majored in business management.  Graduated in 1981, with an Associate’s degree in Business.  He returned to Pueblo and attended the University of Southern Colorado in Pueblo, and graduated in 1984 with a Bachelor of Science degree in Scientific Management.  In 1994, he attended Technical Trades Institute and received an Associates in Drafting.  In 2001, he completed his director’s qualification to become a teacher for Community Partnership for Child Development.  He received his degree in Foreign Language Institute in Colorado Springs to improve his conversation ability in Spanish. Phillip received many achievement awards in Early Child Development.  He received Certificate of Appreciation in recognition of his military service in the United State Marine Corps. In 2014 Phillip achieved his life dream of writing and publishing his first novel “The Shadow”. In 2016 he suffered a stroke while he was at work.  He was valiantly working through his complications that resulted from this stroke. Funeral services will be held at 10 am on Tuesday, December 4, 2018 in the Church of Jesus Christ of Latter Day Saints, 4720 Surfwood Lane in Pueblo.    Graveside services with Military Honors will be held at 10 am on Wednesday, December 5, 2018 in the Chugwater Cemetery in Chugwater, Wyoming.
To order memorial trees or send flowers to the family in memory of Phillip Al Nielson, please visit our flower store.