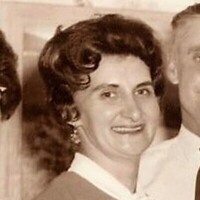 Orvilla was born the daughter of Charles Nelson Snyder and Clara Mills Snyder near Green Castle, Missouri on August 20, 1931.  She was united in marriage to Kenneth Phipps in Clayton, New Mexico.

Her career involved retail, banking, and she worked many years as Administrative Assistant for Steel City Electric Company.  In addition, she enjoyed making music and gathering many lifelong friends as a successful Mary Kay representative.

Orvilla was a member of Church of Christ.  It was her wish to be cremated and no memorial service.  Online condolences at davismortuary.com

To order memorial trees or send flowers to the family in memory of Orvilla Snyder Phipps, please visit our flower store.