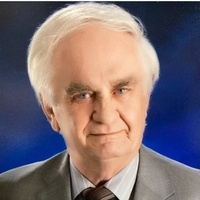 Michael was born in Denver, Colorado and grew up in Pueblo with two sisters, Mary (Arvada,
Colorado) and Francie (Plano, Texas). He spoke of having a great family growing up and
enjoyed his childhood. He is survived by his two sisters and his daughter, Shannon Glover
(Chicago, Illinois) and preceded in death by his grandson, Jacob Kelly.

After high school, he joined the Navy (1967 To 1972) and served in the Vietnam War. He loved
broadcast radio and worked in the field as a disc jockey, salesman, and a sound engineer from
1972 to 1995 throughout the southwest including Wyoming, New Mexico, and Colorado though
he struggled with an alcohol addiction that surfaced during his time in Vietnam.

Michael began his recovery on September 12, 1991 when he came to Pueblo Treatment
Services, Inc. (now Crossroads’ Turning Points, Inc.). He often said that Crossroads saved his life
and he wanted others to receive the benefit of treatment as he had done. He joined the
Crossroads’ Board of Directors in 2006 and served as the Board Chairperson from January 2011
until July 2020. He was featured in the Pueblo Chieftain newspaper in the fall of 2007 to share
his story about his struggles with alcoholism and his recovery. He wanted to provide hope to
others with a substance use disorder.

Former Crossroads’ CEO, Leroy Lucero stated that Michael’s service as Board Chairperson “for a
number of years towards the end of my career … provided such a style of leadership and
management that allowed my leadership to move the agency into the 21st-century”. Mr.
Lucero also expressed “His caring, loving and commitment to the field will long be remembered
for his dedication, loyalty and love of our organization”. One of his final accomplishments as
Board Chairperson was to assist the board and the organization with the transition to a new
Chief Executive Officer after the retirement of Mr. Lucero in 2019. Michael was supportive and
encouraging to the current CEO, Charles Davis as he took over the leadership role. “I had
known Michael for several years through Crossroads but really got to know and appreciate him
as he guided and mentored me in my new role, he taught me a great deal, especially about
parliamentary procedures in particular. We also got to visit about life in general as well as
current events and I was impressed with his vast knowledge on multiple topics. I learned he
was an avid reader, loved baseball, enjoyed discussing everything from music history to U.S.
History, and everything in between. He was an inspiration to our clients, staff, board, and
organization as a whole. We have lost one of our beacons of leadership but will continue in his
honor”.

The current Board Chairperson and longtime friend, Mimi Barriere, reminisced about Michael
“No effort is ever wasted might easily have been the driving force of Michael Seaman's life.
Whenever Michael made a commitment, he gave all his energy to that cause whatever it may
be. He suited up and showed up. Michael loved Colorado, Pueblo, and Crossroads. His service
will long be remembered. I will always remember Michael with thanks and gratitude”.

Michael was also very involved with another organization, Pueblo Community College, during
the years after regaining his sobriety. They kindly provided the following tribute to him:
“Michael Seaman had a long history at Pueblo Community College, starting with his time as a
student, where he graduated in 1998 with an Associate of Applied Science degree in Computer
Information Systems. Between 1997 and 1999 he served as a Student Ambassador and worked
in PCC’s AmeriCorps Program. But it was his time as a part-time instructor at PCC from 2006
until 2018 that he will be best remembered by those that were blessed to know him. A jack -of-all-trades, Michael taught courses in Business, Computer Information Systems, History, Political Science, and Geography. Beloved by his students, his classes were always filled with those who
had previously had a course with him and with those who learned about him through word of
mouth. He loved his students and worked diligently to bring all of his knowledge to his teaching.

Michael had the ability to take his many unique and colorful life experiences and weave them
with historical fact to create a fascinating view of history. He had a passion for teaching
Colorado History, and shared that with his students by taking them to museums around the
state and walking tours of downtown Pueblo, imparting the history of the buildings and
architecture he so admired. Michael's work at Crossroads gave him the ability to connect with
many students who were struggling with personal issues. Beyond the classroom walls, Michael
spent countless hours talking and visiting with students about history, the world, life, life's
struggles; and there is no doubt that his words impacted many students in a meaningful
way. They will remember him long beyond their time at PCC, and his former colleagues will miss
him immeasurably.”

Michael Seaman had many roles during his life and cherished them all: father, grandfather,
husband, brother, son, friend, sailor, disc jockey, salesman, engineer, student, ambassador,
instructor, fellow board member, board chairperson, mentor and advocate. He will be dearly
missed and fondly remembered by all the lives he influenced, rest in peace.

In lieu of flowers, please make a donation in Michael’s memory to Crossroads’ Turning Points,
Inc. or Pueblo Community College

To order memorial trees or send flowers to the family in memory of Michael Seaman, please visit our flower store.