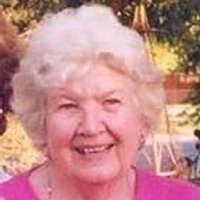 Melba Grace Rafferty Knowlton Melba Grace Rafferty Knowlton, 96, a lifetime resident of this area, died Feb. 10, 2018 in Fowler. A memorial service to celebrate her life will be held Sat., Feb. 17, 11 a.m., at the United Methodist Church, 302 S. Main Street with pastors Brian Blackburn and Tom H. Thomas presiding. A lunch at the church will follow to conclude the celebration. A private family burial will take place at the Fowler cemetery.   Melba was born to E. Rowe and Edna Mae Rafferty of rural Manzanola on August 16, 1921. She attended Number 6 School as a child and graduated from Fowler High School in 1939. In 1949 she married Allen H. Knowlton of the White Rock community. The couple ranched on Highway 10 for more than 40 years. For a number of years, they also maintained a home nearer to town in order that their children could attend school in the Fowler district. Melba and Allen were original co-owners of the Cedar Crest Cafe on Highway 10, and later, the first owners and operators of the Stockman Restaurant in Fowler. She was always very involved in the White Rock Community during the years that it held regular dances, ropings and community gatherings, including being part of the cooking crew for the large trail rides held in the Apishapa Canyon area during the early 1970s. Melba was an active member of the United Methodist Church and most recently the Country Bible Church which holds services at White Rock. Melba was a founding member of the Fowler Museum and volunteered many hours documenting farm and ranch histories and donated many items to the organization. Over the years she enjoyed a number of honors including being named Eta Tau Woman of the Year, Fowler Missouri Day Parade Marshall and an Honorary Chapter Farmer by Fowler FFA. Melba is survived by sons Tom of Fowler, Blake (Jill) of Aguilar and daughters Janelle (Tom) Baldwin of Fort Collins, Nancy Hazlett and Marianne Bush of Pueblo, and Barbara Baker of Canyon, TX as well as 14 grandchildren and 18 great grandchildren and many who knew and loved her dearly.  She was preceded in death by her parents, four brothers, her husband Allen, two sons, David and Bryce, and a grandson, Ethan Bush. Donations may be made in her honor to Fowler State Bank for the establishment of the Melba Knowlton Memorial Scholarship to be awarded annually to a deserving young person. Checks should be made payable to Melba Knowlton Scholarship Fund and mailed or delivered to Fowler State Bank, P.O. Box 68, 201 Main Street, Fowler, CO 81039
To order memorial trees or send flowers to the family in memory of Melba Grace Knowlton, please visit our flower store.