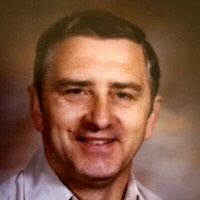 Marvin G. Collins passed away on September 25, 2021 in Pueblo. Born at home in the depths of the Great Depression to Glen and Mabel (Brown) Collins. The oldest of five children, he was raised on family farms in the hills of southwest Wisconsin. He attended a one room school, then graduated from Monroe High School in 1950. Seeking a new life and having a liking for airplanes, he enlisted in the U.S. Navy as an aviation electrician. After training at Great Lakes and Jacksonville, Fla., he was stationed at HTU-1, Pensacola, Fla., as a helicopter electrician, and later he was a crew member in MATS and stationed at Moffat Field, Calif. He flew to many Pacific Islands, Japan and Alaska. Discharged as AE2, he returned to Wisconsin and to his wife Gloria, a pretty farm girl he had discovered in the REA pen pal column in 1949. They had married when she had previously visited him at Mt. View, Calif. Marvin and Gloria then attended Wisconsin State College-Platteville earning bachelor's degrees, then attended Colorado State College-Greeley earning master's degrees. An Epsion Pi Tau member, he graduated with honors in industrial arts education. In 1959, with son Lynn (age three and the joy of their lives), they moved to Eureka, Calif., where he and Gloria had jobs waiting. Marvin and Gloria both enjoyed living by the ocean. While in Eureka, Marvin designed and helped build two lovely homes, which were finished with beautiful woodwork throughout. He retired in 1989 after thirty years of teaching many industrial arts education subjects. He always had fond memories of and felt that he influenced many students to seek a higher education during the many years he had taught career education. After retiring Marvin and Gloria packed up and found their new home in Pueblo West, Colo. He was always active in many professional organizations. One of his hobbies was collecting glass insulators, of which he had an extensive collection. One of his greatest joys was attending the National Insulator Association shows across the country. A "jack of all trades" and master of many as he would say, he loved working in his wood shop. From finish carpentry, building furniture and turning wood into incredible Southwest inspired pots, bowls and crosses, he left his handywork in many homes, churches and hearts of friends. Marvin is survived by his wife Gloria (Kalis), whom he deeply loved for over 67 years; son, Lynn, of Howard, Colo; daughter-in-law, Nan Scully-Collins;  granddaughter, Teal Rose Collins, whom grandma and grandpa adored; sisters, Dorothy Swanson and Margie Kletz, as well as several nieces and nephews. Marvin was an active member of Westminster Presbyterian Church where a memorial service will be held on Wednesday, October 13, 2021 at 11 AM. Private interment will be in the Pikes Peak National Cemetery in Colorado Springs, Colorado. In lieu of food and flowers, contributions in memory of Marvin may be made to the Westminster Presbyterian Church, 10 University Circle, Pueblo, CO 81005. Online condolences at DavisMortuary.com

To order memorial trees or send flowers to the family in memory of Marvin G. Collins, please visit our flower store.