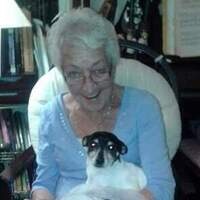 Loriane Alice Crawford Kelley Twite was born February 6, 1942 in Canon City CO and departed this life on May 3, 2021 in Pueblo CO. Loriane was 8th of 16 children born to Lorin Crawford and Nora Korb Crawford.

Loriane spent most of her childhood in Salida CO where she attended school until her family moved to Lake City CO.

Loriane married Robert Kelley in Lake City in 1959 (they later divorced) they welcomed 4 children , she is survived by Peggi (William) Slane of Cherryvale, KS, Joan Louise (who proceeded her in death this was her greatest sorrow), Daniel (Kelly) Kelley of San Antonio, TX and Lori (Richard) Hannis of Pueblo, CO. Loriane had 4 grandchildren whom were the joy of her existence Steve (Sara) Kelley of Shawnee, KS, Robert (Elizabeth) Slane of Cherryvale, KS, Rachel Hannis of Pueblo, CO and Zoe Kelley of San Antonio TX. She also was survived by 3 great grandchildren Caleb Slane, Conner Slane and Elora Kelley. Loriane was proceeded in death by both of her son-in-laws William Slane and Richard Hannis.

Loriane married Harvey Twite of Center CO in 1987 and was proceeded in death by Harvey and both of her stepsons Harvey Lee Twite and Marvin Twite.

Loriane is being remembered as a wonderful friend with many people saying she was the best friend they ever had.

After marrying Harvey she worked for Big R in Center and cleaned houses.

Loriane moved to Farmington NM where she worked for JC Penney’s until her retirement.

Loriane loved to quilt, crochet and knit. She loved to garden and was most proud when she canned and froze produce for the winter to come. Loriane loved playing the piano and until her retirement she played for various churches and was often asked to sing at funerals.

Celebration of her life is planned for Labor Day weekend with details to be provided later.

To order memorial trees or send flowers to the family in memory of Loriane Alice Twite, please visit our flower store.