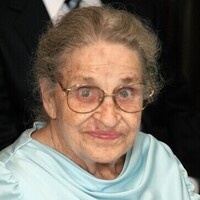 Leona Oles was born Dec 10, 1932 in Pueblo, CO and passed away peacefully on Dec 27, 2020 in Pueblo.  Leona was preceded in death by her father Christopher Thomason; her mother Tiny Thomasonl; four brothers, Clyde, Johnny, Arnold and Nathan Thomason; two sisters, Athelda Downs and Ileana Sport and two sons, Leroy and Bruce Johnson.  She is survived by three brothers; Clarence, Louis and Roland Thomason; two sisters, Iris Whitehead and Peggy Hollis; three sons, Glenn Johnson, Jody Oles and Randy Oles; 13 grandchildren, 16 great grandchildren and numerous nieces, nephews and cousins.  Leona married Byron Johnson and had three children; Leroy, Bruce and Glenn Johnson.  Byron passed away and Leona later married Harry Oles and had two additional children; Jody and Randy Oles.  She later divorced Harry.  She worked most of her adult life as a waitress.  Although she worked at several restaurants for short periods of time, she was at the Town House restaurant for many years and then worked 20 plus years at Pattie’s restaurant until she retired.  She was an extremely hard worker and gave everything she had to taking care of the customers.  She was loved by everyone whoever met her.  Cremation has taken place and a memorial will be held for Leona later this year.  Online condolences at DavisMortuary.com.

To order memorial trees or send flowers to the family in memory of Leona Oles, please visit our flower store.