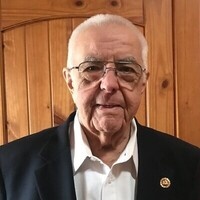 A lifelong educator, Leon graduated from Concordia College, received his M.Ed. from the University of North Dakota, and his Ph.D. from Colorado State University. His career began as a teacher at the Northwest School of Agriculture University of Minnesota in Crookston, Minnesota. He taught high school and elementary music in Fisher, Minnesota. He was Department Chair of Speech and Drama at Central High School in Crookston, Minnesota and taught English, Speech, Drama and Music at the University of Minnesota Technical College in Crookston. He was the Department Chair of Directed Studies at Otero Junior College in La Junta, Colorado; Dean of Experimental Studies at Metropolitan State College in Denver, Colorado; President of Worthington Community College in Worthington, Minnesota; Assistant Professor of Business Management at CSU Ft. Collins; Instructor in AIM for the Insurance Institute of America; Dean of Career Programs and Associate Professor of Business at Regis College, Denver, Colorado; and Consultant to Adams County Sheriff’s Department and Special Assistant to Adams County Administrator in Brighton, Colorado. He retired in 2002 as Chancellor and Professor Emeritus, Extended Campus of Embry-Riddle Aeronautical University in Daytona Beach, Florida.
Up until the time of his death, Leon was an active member of several organizations including Al Kaly Shrine, Masonic Blue Lodge, York Scottish Rite, Eagles #4441, and Elks Club #90. He also continued his lifelong involvement as a musician playing trombone in several local bands.
The patriarch of a blended family, he is survived by five children: James (Sherry) Spencer of Arvada, Colorado; Karen (Greg Schinn) Spencer of Pueblo West, Colorado; Philip Spencer of Pueblo West, Colorado; Daniel (Tricia) Flancher of Colorado Springs, Colorado; and Joel (Jonna) Flancher of Brighton, Colorado, as well as 9 grandchildren and 3 great grandchildren.

Cremation has taken place. A memorial service will be held at King of Kings Lutheran Church in Pueblo, Colorado at a future date. His ashes will be entombed in the King of Kings Columbarium following the service.

To order memorial trees or send flowers to the family in memory of Leon E. Flancher, please visit our flower store.