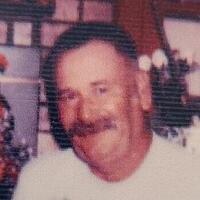 Julian J. Aguilar passed away Oct 4, 2021 due to a lengthy illness. Born on August 17, 1931 and raised in Pueblo, he graduated from Pueblo Central High School class of 1949. He retired from the U.S. Air Force.

At his request cremation has taken place and no public services are planned.

To order memorial trees or send flowers to the family in memory of Julian J. Aguilar, please visit our flower store.