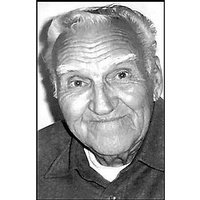 John was a graduate of Central High, a Marine veteran and a retiree from Pueblo Army Depot after over 25 years. He was a family man and an avid fisherman and spent most of his free time fishing the lakes of Colorado. His true passion was Lake DeWeese Reservoir, where he spent summers at his cabin of 56 years. John touched many lives through his love of Lake DeWeese and family gatherings at the cabin were the essence of who he was. Summers were spent cooking cowboy breakfasts, baiting hooks, grilling steaks and ribs, fixing mini bikes for children, nieces, nephews and grandchildren, launching Estes rockets and playing endless card games. He was loved by all whose lives he touched and will be truly missed.

No service is planned at this time. Memorials in John's honor can be made to Frontier Hospice in Pueblo, to whom we are very grateful for their help in his final months.
To order memorial trees or send flowers to the family in memory of John Perry Stout, please visit our flower store.