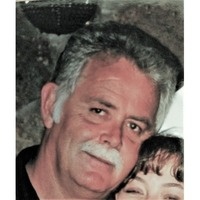 John E. Dasher, Jr passed away March 23, 2020 in Pueblo, Colorado.  He was born June 11, 1949 in Pueblo to John and Jeane Dasher and had been a lifelong resident.  He was the Co-Owner of LMH Building Center.

Private interment was held in the Mountain View Cemetery.  The family is planning a Celebration of John’s life to be announced in June.

To order memorial trees or send flowers to the family in memory of John E. Dasher, please visit our flower store.