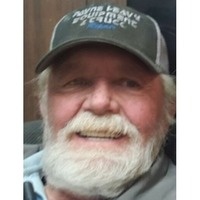 Jean A. Dasher passed away February 28, 2022 in Pueblo, Colorado. He was born February 17, 1952 in Pueblo to John and Jeane Dasher and had been a lifelong resident. He was a trucker, a yard foreman, and an amazing diesel mechanic.

To order memorial trees or send flowers to the family in memory of Jean A. Dasher, please visit our flower store.