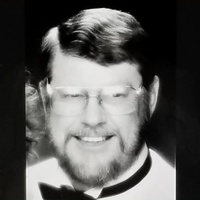 James “Jim” Martin passed away on May 25, 2018 to join his mother Lucille, father Louis and sister Carol in Heaven.  Jim was employed at West Plains Energy for 25 years before his retirement.  He loved his Denver Broncos and Colorado Rockies.
Jim was preceded in death by his mother and father in law Jeff and Betty Belton. Jim is survived by his wife of 25 years, Ruthie Martin; son, Doug (Kim) Martin; daughter, Julie (Dave) Weihrich; son, Rob (Sara) Belton; his grandsons, Devin Martin, Brayden Darby, Xavier and Luca Belton; sisters, Rita Butler and Kathy Traxler as well as the mother of his children, Fran Barnhart; his sister–in-law, Carol (Floyd) Messer; brothers-in-law, Phil Belton and John (Ronni) Belton who he loved like a brother.  Also survived by several nieces, nephews, other relatives and his Bassett Hounds, Izzy and DJ.
A memorial service will be held at 2 pm on Wednesday, May 30, 2018 in the Davis Memorial Chapel.
In lieu of flowers contributions in memory of Jim may be made to the Sangre de Cristo Hospice.
Online condolences at DavisMortuary.com
To order memorial trees or send flowers to the family in memory of James "Jim" Martin, please visit our flower store.