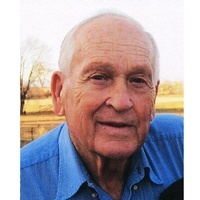 Irving E.T. Sutton passed away June 30, 2018 in Pueblo.  He was born on the prairie of Illinois on July 31, 1931 at La Prairie, Illinois.  He was the son of Irven and Vivian Sutton, the third son of seven children.  He attended August High School for 2 years and graduated from Western High in 1949.  Irv spent four years in the U.S. Air Force having served overseas in French Morocco where an air landing was being built.  He returned to attend Western Illinois University and graduated in 1957 with a B.A. degree in Industrial Education.  While attending college he met and married his wife Mable on November 24, 1955.  Irv was teaching at Macomb High School from 1957 - 1969 where he was a Vocational Education instructor in the machine shop.  The family moved to Fort Collins, Colorado in 1969 where Irv attended Colorado State University and earned his Master's Degree in Vocational Education.  He was a Vocational Education instructor at the University of Northern Colorado for one year before moving to Monte Vista where he was the Director of the San Luis Valley Vocational School.  He finished his career at Colorado State University as an Intinerant Teacher Trainer, traveling throughout  the southeast portion of Colorado working with new Vocational Education teachers.  He retired in 1982.

Upon his retirement he enjoyed his miniature horses, raising and training them with his grandchildren.  He and Mable enjoyed traveling on the Old Oregon Trail through many states from Missouri to Oregon.  They also enjoyed camping and  4-wheeling on the mountain roads in Colorado.

Irv was a 60 year member of the the Masonic Fraternity.  He was a member of Pueblo Lodge #17 AF&AM.  He was always a supporter of vocational education, a wonderful father and grandfather.

Cremation has taken place.  His ashes are to be interred in the Blue River Cemetery near Detroit, Illinois at a later date.
To order memorial trees or send flowers to the family in memory of Irving "Irv" Sutton, please visit our flower store.