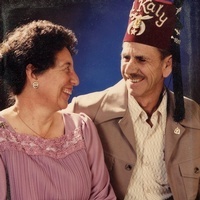 Ervin Andrew Junior Burk, affectionately known as "E.A.J", passed away January 11, 2018 in Pueblo, Colorado.  Ervin was born July 31, 1928 in Holly, Colorado to Eddie and Lela Mae Burk.  He was a veteran having served as a mechanic in the  US Air Force. He was a Deputy Sheriff in Green County Missouri before he returned to Pueblo where he was a member of the LDS Church, Silver State Lodge #95 AF&AM, the Pueblo York Rite bodies and the Al Kaly Shrine.  He will be remembered as a generous, hard working man.  Ervin was preceded in death by his parents, children, Charlene and Ervin and several brothers and sisters.   His survivors include his wife of 52 years,  Clara, children Patricia, Joanne (Dusty), Alvin, Christopher, Esther (Martin), and Sara Jane; 13 grandchildren numerous great grandchildren; his half brother, Leroy and half sister Sue as well as numerous nieces, nephews and other relatives.

Visitation will be held from 2 pm until 6 pm on Monday, January 22 at the Davis Mortuary.  Graveside services will be held at 10:00 am on Tuesday, January 23, 2018 in the Roselawn Cemetery.  Masonic burial rites provided by Silver State Lodge #95 AF&AM and Military honors provided by the Pueblo Veterans Ritual Team.

To order memorial trees or send flowers to the family in memory of Ervin Andrew Junior Burk, please visit our flower store.