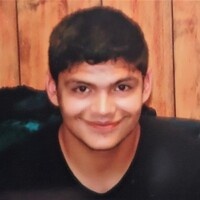 With deepest sorrow we announce Deven Everett (Arias) Villia from Colorado, died in his Pueblo home March 5th 2021. Deven's dream of a career in the armed services, were broken when the US army discharged him due to a childhood illness. Deciding to further his education,  Deven attended Pueblo Community College. At age 30, Deven was an up and coming artist, who enjoyed weight training, and exercising and was composing a cookbook of simple healthy recipes, to feed your workouts! Deven was an accomplished, amateur survivalist, having several years training, and 3 successful completed challenges. Deven's genuine and positive approach to people and life, made him exceptional and  touch the lives of everyone he met. With unconditional kindness and compassion, Deven helped anyone in need without a thought to his own.  His desire to make a difference, to matter to others will never be forgotten. Deven's spirit and love will be missed everyday. His life counted and will be celebrated by many who loved him dearly. Deven was active in his church, regularly, and gladly volunteered along side other members,  in helping those who were experiencing hardships. He was a loyal friend and loving family member, and without the privilege and benefits of Deven's visions and future potential, our lives will be forever diminished.

Those wishing to pay their respects may do so at his funeral on March 31st 2021 at 3pm at The Peak Church, 311 Joe Martinez Blvd in Pueblo West, Colorado. Anyone wishing to send flowers, a donation, or a remembrance note to his family please send to Davis Mortuary, 128 Broadway Avenue, Pueblo, CO  81004 in Deven's name.

To honor Deven's life and his death, make sure your love ones hear and are shown often, just how precious and loved they are. That their life matters.

To order memorial trees or send flowers to the family in memory of Deven Everett Arias Villia, please visit our flower store.