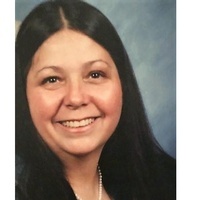 Debra "Debbie" K. Franson was called home by her Lord and Savior on February 8, at her home in Pueblo.  She was born August 14, 1954 in Hastings Nebraska.

Debbie worked for Parkview medical center as a CNA, and also in account management. She also earned her real estate license. Debbie was an active member and Deaconess at Broadway Christian Church.  She was a two-time cancer survivor and was expecting her first great-grand child later this month.  Debbie loved life and her family. Her greatest joy was serving the Lord and others around her. She was a generous soul that would not hesitate to help another person, whether she knew them or not.  She enjoyed fishing, painting and collecting antiques as well as bee figurines.  Debbie left a glorious legacy of unconditional love. She touched so many lives around her and throughout the community.

Debbie is survived by her husband of 44 years, Mark Franson; children, Kelly (Zach) Schaible, and  Dr. Aimee Franson; grandchild, Jessica Gomez;  brother Charles (Charlotte) Geyer as well as many nephews, nieces, cousins, and Godchildren. Debbie was also a Mother-in-love to many others around the world.

Preceding in death include the following but not limited to: Charles Geyer (father); Loretta Geyer (mother); Ronald Geyer (brother); and Arley Franson (father-in-law).  Cremation rights have been accorded.

A memorial and celebration of Debbie's life will be held at 11:00 am on Saturday,  February 16th at Broadway Christian Church, 206 Broadway Ave.  in Pueblo. Fellowship will follow immediately after the service.  It is encouraged that any donations be given directly to the church. Online condolences at DavisMortuary.com

To order memorial trees or send flowers to the family in memory of Debbie Franson, please visit our flower store.