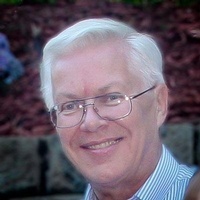 The Rotary Pavillion at City Park

David G. Johnston, known as Dave by most, passed away at age 66 on August 23, 2017 in Pueblo. Dave lived in and around the Colorado mountains most of his life. He spent most of his young life in Rye, CO. As a teen there, he founded the Greenhorn Valley Newspaper and spent most of his young years as a reporter, photographer, editor, and delivery boy. Stretching his roots a bit, Dave worked in Wyoming as a State Auditor and then started an accounting firm in Casper. Colorado called him back after marriage and children, so he and his wife (Evelyn) moved the accounting practice to Pueblo. For many years, Dave could be found working late into the evenings at Johnston Accounting and Tax Service. Wanderlust found him later in life, and he and Evelyn moved to Milliken, CO, as they chased a long-held dream of owning a hardware store. They opened Milliken Quality Hardware and enjoyed small town life for several years. His true love was in the numbers though and he returned to a desk job for a time in Walsenburg, CO, taking on the role of Finance Director and later, City Administrator. Dave will be remembered for his kindness, compassion, his ‘can-do’ attitude, and his distinctive laugh. He is survived by his wife Evelyn, children Michelle Pellman, Shawn (Sarah) Johnston, Melanie (Adam) Smith, brother Lloyd (Cindy) Johnston, sister Audra (Todd) Johnston, grandchildren Breanna, Camry, Nikki, Mason, Sabel, David, Emily, Addison, and Kennedy, great granddaughter Ellie, and his first wife Claudia Baxter. A gathering to celebrate his life will be held on Monday, August 28, 2017 at 11:00 AM in the Rotary Pavilion at City Park. In memory of Dave you are encouraged to make a donation to the charity of your choice. Online condolences at DavisMortuary.com.
To order memorial trees or send flowers to the family in memory of David G. Johnston, please visit our flower store.

The Rotary Pavillion at City Park