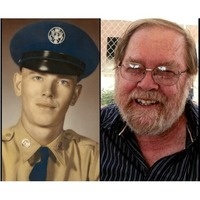 Daniel L. Tatman, Sr., passed away January 11, 2022 in Pueblo, Colorado. Dan was born June 12, 1939 in Pueblo to Everett and Dorothy Tatman. He was employed as a Parks Caretaker for the City of Pueblo for many years before his retirement.  He was a veteran having served in the U.S. Air Force.  He enjoyed several hobbies including painting, clock making, working on cars and photography.  Daniel belonged to the Christian Evangel Church in Pueblo.

Mr. Tatman was preceded in death by his parents; his brother, Rev. Eugene Tatman and his sister, Shirley.  His survivors include his loving wife of nearly 59 years, Judy; his children, Dan (Steph) Tatman and Jackie (Walter) Pisarczyk; 4 grandchildren; 2 great grandchildren as well as several nieces, nephews and other relatives.

Cremation has taken place.  Graveside service will be held at 11 am on Wednesday, January 19, 2022 in the Imperial Cemetery with military honors by the Pueblo Veterans Ritual Team.

In lieu of flowers, the family suggests contributions in memory of Daniel be sent to the Christian Evangel Church, 2803 E. Orman, Pueblo, CO  81004.

There are no gallery images.

To order memorial trees or send flowers to the family in memory of Daniel Lee Tatman, Sr., please visit our flower store.