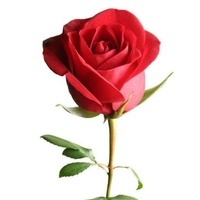 Billie Lorraine Milsom, of Colorado City, passed away June 12, 2017. She was born in Leadville, CO on April 18, 1932 and married Alfred Milsom on Sept 14, 1947. Billie was preceded in death by her husband Al; infant son, Kelly and her parents.  Her survivors include her children; Colleen (Lloyd) Armstrong, Mike, Greg (Sari), Kathie (Jerry) Schneider, Shannon, Terry and Doug; as well as four grandchildren and three great grandchildren.   Memorial services will be held at 10 am on Tuesday, July 18 at Ascension Episcopal Church, 420 W. 18th Street, with committal and interment to follow in the Church Columbarium .In lieu of flowers, memorial contributions can be made to the Sangre de Cristo Hospice or to Ascension Episcopal Church.  Online condolences at DavisMortuary.com
To order memorial trees or send flowers to the family in memory of Billie Milsom, please visit our flower store.