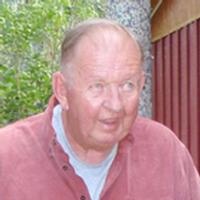 Robert Eugene Mishmash died June 17, 2016 in Pueblo, Colorado. He was 80. He is survived by wife Marianne; his children, Rodney (Laurie), of Pueblo, Roger, Pueblo, Randy (Suzi), Salida and Annette, of Colorado Springs; his grandchildren, Crystal, Tiffany, Wesley, Stephen, Mark, Elise and Paige and one great granddaughter. Bob worked at the CF&I Steel Mill for 30 years as a Millwright before he retired in 1983 to open Bob’s Bicycles, Inc. He retired from the shop in 1994 to pursue his hobby of refurbishing Toyota FJ40Landcruisers . Bob was an avid bird and big game hunter, fly fisherman and skier. He enjoyed his family, his home and his cabin at Maysville. Graveside service was held on Tuesday, June 21, 2016 at 10 AM in the Roselawn Cemetery. A reception in Bob's honor followed at the Masonic Lodge, 126 Broadway. In lieu of flowers, donations to your favorite charity.
To order memorial trees or send flowers to the family in memory of Robert "Bob" Mishmash, please visit our flower store.