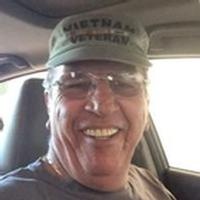 George Herman Mancilla Jr., born June 14, 1948 in Honolulu, Hawaii went to be with the lord March 17, 2016 after a courageous battle with the evil bug named ‘Cancer’. Some may say that he lost the battle with cancer, but he was not a loser. He was the most stubborn, hard-headed, loving man that we've ever known. He fought many battles in his lifetime with the military, but the most life impacting battle ever fought was the one which resulted in his becoming a soldier of the Lord. George enjoyed many things in life; Rank Monsters Spades, car shows (in real-life and the dreadfully boring ones on television), karaoke, and most importantly his beloved grandchildren (2 of which he adopted). George brought an energy that was unlike any person we’ve ever known. When he was happy and in good spirits everybody knew it, when he was unhappy… everybody knew that too. George was a fighter. He fought this illness with all his might. Day in and day out. No surgery, procedure, or treatment held him back. He was absolutely determined to conquer this bug no matter to what extreme. He fought long and hard, giving it his all, but God had different plans in store. The day he succumbed we lost our hero and the Lord gained an angel. He was preceded in death by his parents, George Mancilla Sr. and Marian Mancilla; a brother, Steve Mancilla; and a sister, Barbara Mancilla. He is survived by two children from his 1st marriage, daughter Christine Mancilla and husband Robert Beasley; and their children; and a son George Mancilla III and his children. He is survived by his loving wife, Karen Mancilla; son, Darren Diggs and his children; Mason Spitzer and Allana Loveridge; daughter, Patricia Mancilla, and her children, Angel Jr., and Annalicia Gonzales and their father Angel Gonzales; and son Alijah Mancilla and his father Andre Billington; a daughter, Karyn Mancilla, and her sons Ayden and Gabryel Mancilla. Also survived by sisters Kathleen and Pamela of Hawaii and many nieces, nephews, in-laws, grandchildren and some great-grandchildren throughout Florida and Hawaii. Cremation has taken place. A memorial service will be held at 1 pm on Saturday, March 26, 2016 in the Davis Memorial Chapel with military honors provided by the Pueblo Veterans Ritual Team.
To order memorial trees or send flowers to the family in memory of George Herman Mancilla, Jr., please visit our flower store.