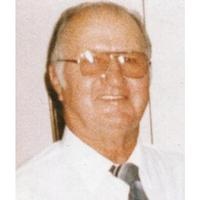 Norris Dee Anderson passed away peacefully on January 12, 2016 in Pueblo, Colorado. He was born October 15, 1923 to Vernal and Jane Anderson. Norris proudly served in the US Army during WWII. He served a mission for the Church of Jesus Christ of Latter Day Saints in Northern Minnesota and Canada where he met his future bride Verna White. He was a rancher all of his life, but also pursued his doctorate in education. He retired from USC in Pueblo in 1987. Norris was preceded in death by his parents; his wife, Verna Florence Anderson; son, Robert; grandson, Grant; brother Carleton and sister Glenna. His survivors include his brother Richard (Lenore) Anderson, SLC, UT; children, David (Weldon) Anderson, Ellicot, CO; Lynne Furrow, Rye, CO, Jackie (David) Swope, Pinehurst, NC, Don (Beth) Anderson, Calleo, UT, Doug (DeeDee) Anderson, Newton, UT, Lola (Lynn) Cash, Versailles, KY, Michael (Roberta) Anderson, Beulah, CO as well as numerous grandchildren, great grandchildren and other loved ones. Funeral service will be held on Saturday, January 16, 2016 at 10 am at the Church of Jesus Christ of Latter Day Saints, 2211 Coolidge Ave, in Rye, CO with viewing prior at 9 am. Interment will follow in the New Manassa Cemetery in Manassa, Colorado. In lieu of flowers, contributions can me made to the Church of Jesus Christ of Latter Day Saints Mission Fund through the mortuary. Online condolences at DavisMortuary.com.
To order memorial trees or send flowers to the family in memory of Norris D. Anderson, please visit our flower store.